This project was advised by Dr. Natalie Dykstra.

The Centennial Exhibition of 1876 celebrated not only the 100-year anniversary of the signing of the Declaration of Independence but the industrial innovation and reuniting of the United States after the Civil War.  Frank Leslie, a Northern publisher, and James Dabney McCabe, Jr., a former Confederate soldier, recorded all aspects of the Exhibition in their publications, Frank Leslie’s Illustrated Historical Register of the Centennial Exposition, 1876 and McCabe’s The Illustrated History of the Centennial Exhibition.  A close analysis of these souvenir publications, which have not been previously compared and contrasted with one another, reveals two distinctly important views of American society – not only the differing perceptions of women’s suffrage but the conflicting views of the North and South regarding race.  In response to scholars’ belief, such as that of David Blight, that African Americans were not at all involved at the Exhibition, this project asserts that although African American involvement was minimal, as discussed by scholars Mitch Kachun and Philip Foner, they did indeed participate, though it often went unrecognized.  For instance, Leslie illustrates African Americans working on the construction of the Exhibition and overall provides an inclusive portrayal of African Americans reflecting Northern attitudes supporting equality for African Americans.  Likewise, Leslie includes many illustrations of women and their participation in the Exhibition.  McCabe, however, largely excludes women and African Americans in his discussion of the Exhibition.  Readers reach an understanding of these opposing views by examining the historical context of the Exhibition, the authors’ backgrounds, and a close analysis of key text and images within each book.

My sweet and sassy sister Abby 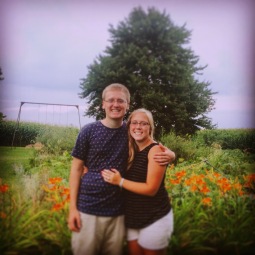 All the grandkiddos on my Mom’s side

The Adventures in Between 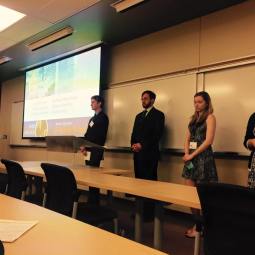 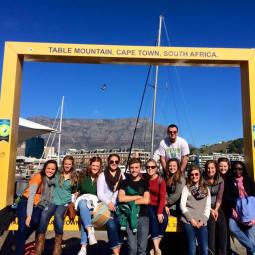 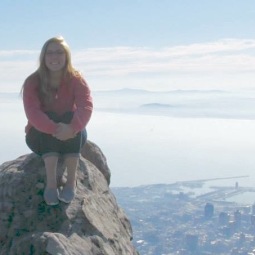 On top of Table Mountain in Cape Town, South Africa

Production night for The Anchor 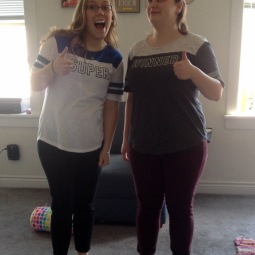 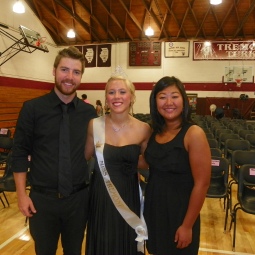 My dear friend Rachel and, of course, puppies. 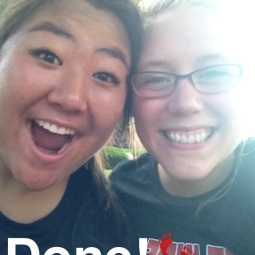